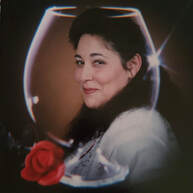 Ms. Faircloth, 58, was the daughter of the late Jimmy & Betty Beasley White. She was born in Orlando, FL on March 3, 1964. She was a lifelong resident of Treutlen County, attended school in Treutlen County and was a retired CNA. She love fishing, watching wrestling day & night and loved her family, especially her grandkids. Ms. Betty was a Christian by Faith. She was preceded in death by her eight siblings.

The family will receive friends beginning at 1:00 PM Saturday at the funeral home.
Proudly powered by Weebly