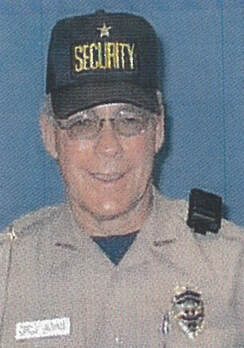 Graveside services for Mr. James Albert Duvall will be held Wednesday, September 22, 2021 at 11:00 AM in the Carters Chapel Cemetery on US 80 near Scott, GA.  Reverend Walter Haywood will officiate.  Mr. Duvall died Tuesday, September 21, 2021 at Fairview Park Hospital in Dublin, GA.

Mr. Duvall, 79, was the son of the late Clyde & Ida Stewart Duvall.  He was born in Carmi, IL on May 27, 1942, was a high school graduate, received his AS Degree from Wabash Valley College and married his sweetheart, Rosemary Attebury on June 24, 1964.  He retired as the Union Steward of Local 808 at the Whirlpool Corporation in Evansville, IN after 38 years.  After moving to Georgia in April of 2002, he also worked as a Security Officer for Fairview Park Hospital in Dublin and the Dublin Mall.
​
Mr. Duvall was a Member of the NRA, the Georgia Sheriff’s Association and attended the Anchor of Hope church in Soperton, GA and Safe Harbor Worship Center in Adrian, GA.  His seven siblings preceded him in death.​