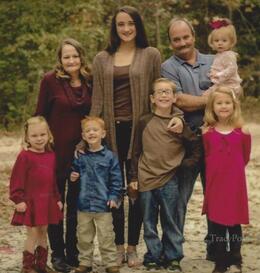 Funeral service for Mr. Roy Gene Beasley, Sr. will be held Tuesday, November 2, 2021 at 1:00 PM in the Chapel of Higgs Funeral Home in Soperton.  Burial will be in the Beasley Cemetery in Treutlen County.  Reverend Ken Murphy will officiate.  Mr. Beasley died Saturday, October 30, 2021.

Mr. Beasley, 60, was the son of the late Eugene & Loreeder Phillips Beasley.  He was born in Soperton on June 22, 1960 and was a lifelong resident of Treutlen County.  He attended Treutlen High School and as a young boy, he and his brothers worked as pulp wooders.  He later became the plant manager at Cumberland Gas & Ice for 15 years but his lifelong specialty was rebuilding transmissions as a mechanic.  Roy had one of the biggest hearts.  He would do anything for anyone, especially his family.  He loved his grandkids fiercely but the job he most succeeded at was being a Husband, Father and  Papa.  Mr. Beasley was Pentecostal by faith and was preceded in death by his grandson, Noah Chase Corbitt.

Visitation will be held from 6-8 PM Monday at the funeral home in Soperton.
Proudly powered by Weebly