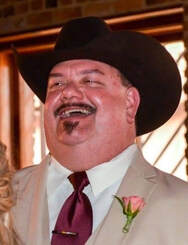 Mr. Phillips, 56, was the son of the late Leon Phillips, Jr. and Johnnie Mae Poole Phillips.  He was born in Soperton on July 22, 1965 and was a “Class of 1983” graduate of Treutlen High School.  He attended Rhema Bible Training College in Broken Arrow, Oklahoma, where he met his wife, Monica.  The two wed in North Haledon, New Jersey, on November 24, 1984.  They then moved back to Soperton, GA, where he began his 10 year career in law enforcement.  He served as a jailer/dispatcher for the Treutlen County Sheriff’s Department and later moved on to serve the State of Georgia as a Park Security Ranger, a Facility Police Corporal and a Ranger for the Department of Natural Resources.  He also served intermittently as a Deputy Sheriff for the Toombs County Sheriff’s Department during the years of 2003-2007.

In 1994, Danny partnered with Marty Hooks to start a business, Business Services International Corporation (BSI,Corp), in the oil and chemical industry where they provided training and consulting.  Shortly after the business began, Danny and Monica took over as the primary owners.  They operated this business together up until Danny’s death.  The business will continue to flourish under the leadership of Danny’s wife, Monica.

Danny enjoyed many outdoor activities such as hunting, fishing, and riding motorcycles.  He lived life to the fullest through traveling and new experiences with his family and friends.  Most of all, he was fulfilled through being a servant to others, meeting new people and bringing joy to their lives through cooking and entertaining.
​
Because of his stature, he was affectionately known to his six grandchildren as “Papa Bear” and enjoyed teaching them meaningful life lessons.  Danny also loved working and traveling the country with Monica, his wife of nearly 37 years.  He was known to all for his heart of servitude, always giving selflessly to those around him.

Danny’s family would like to thank each and every person who has shown their love and support during this most difficult time.