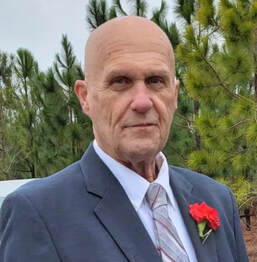 ​Funeral services for Mr. John Daniel “Danny” Brooks will be held Friday, June 3, 2022 at 1:00 PM in the Chapel of Higgs Funeral Home in Soperton.  Burial will be in Westview Cemetery.  Reverend B. L. Horne will officiate.  Mr. Brooks died Tuesday, May 31, 2022.

Mr. Brooks, 66, was born in Atlanta on July 15, 1955 to Luther Mayes Brooks, Sr. & Geneva Hendrix Brooks.  He was a graduate of Treutlen High School “Class of 1973” where he excelled as an outstanding athlete.  He recently retired from DOT FOODS, Inc. where had been a truck driver for many years.  Danny had lived most of his life in Treutlen County but had been a resident of Toombs County for the past 16 years.  He was a Baptist by Faith.  His father, Mayes, Sr. and four brothers, Mayes, Jr., Bill, Wayne and Gary, all preceded him in death.

Honorary pallbearers will be employees of DOT FOODS, Inc.

Visitation will be held from 6-8 PM Thursday at the funeral home in Soperton.
Proudly powered by Weebly