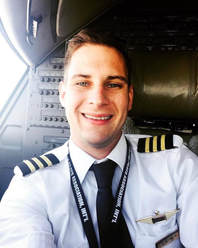 Funeral services for Mr. Gene Alan Mushrush will be held Thursday, January 11, 2018
at 3 PM in the First Baptist Church of Soperton.  Burial will be in the Tarrytown Cemetery.  Reverend Mike Spivey and Mark Sweat will officiate.  Mr. Mushrush died Monday, January 8, 2018.

Mr. Mushrush, 24, was born in Bainbridge, GA and had been a resident of Tarrytown for the past 3 1/2 years.  He was a High School Graduate, had a Bachelor’s Degree in Aviation and was employed as an airline pilot with Endeavor Airlines.  He was also a member of Holly Creek Baptist Church.

Visitation will be held beginning at 2 PM Thursday at the First Baptist Church in Soperton.
Proudly powered by Weebly