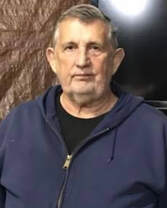 Mr. Cullens, 79, was the son of the late Henry Ford Cullens & Elizabeth Mosley Cullens.  He was born in Soperton on January 29, 1943 and was a graduate of Treutlen High School “Class of 1961” where he was an outstanding basketball player.  He attended Georgia Southern College on a basketball scholarship, was retired from the Georgia DOT as a Lab Tech & Engineer and later employed by Seaboard Construction Company.  He loved ALL of his grandchildren & great grandchildren, enjoyed collecting Case Pocket Knives and being on St. Simons Island.  He was a member of the Soperton United Methodist Church.  His wife, Ruth Anne Cullens and Tammy Cullens, both preceded him in death.

Visitation will be held Saturday from 6-8 PM at the funeral home.
Proudly powered by Weebly