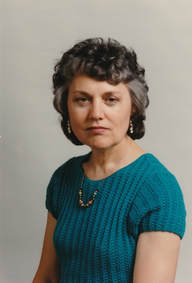 Funeral services for Mrs. Mary Kitchen McKenzie will be held Friday, January 4, 2019 at 11 AM in the Chapel of Higgs Funeral Home in Soperton.  Visitation will begin at 9:30 AM prior to the service.  Burial will be in Westview Cemetery in Soperton.  The Reverend Joshua Johnson will officiate.  Mrs. McKenzie died Sunday, December 30, 2018 at her home in Bowersville, GA.​

Mrs. McKenzie, 85, was the daughter of the late Reverend William Kitchen and Sadie Woodcock Kitchen.  She was born in Statesboro, GA on September 4, 1933, was a graduate of Soperton High School “Class of 1950”and was a retired secretary for the Georgia Department of Natural Resources.  She was a member of Cross Roads Baptist Church and the WMU.  Her son, Marion McKenzie, preceded her in death.

In lieu of flowers, memorials may be made to Cross Roads Baptist Church, 3636 Lavonia Hwy, Hartwell, GA 30643.
Proudly powered by Weebly