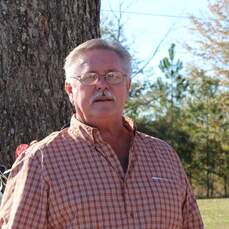 Mr. Hester, 69, was the son of the late Dewey Lee, Sr. & Georgie Mae Walker Hester.  He was born on October 8, 1951 in Treutlen County where he lived most of his life.  He attended school in Treutlen County, was a self-employed truck driver and a Veteran of the United States Army where he served as a mechanic and truck driver.  During his service in the Korean Conflict, he received the National Defense Service Medal, the Sharpshooter ( M-16 Rifle ) and the Armed Forces Expeditionary Medal (Korea).  Mr. Hester attended Oasis Church of God in Lyons.  He was preceded in death by his sister, Edna H. Couey and two brothers, James Elmer & Leon Hester.

Visitation will begin at 2:00 PM Friday at the funeral home.
Proudly powered by Weebly