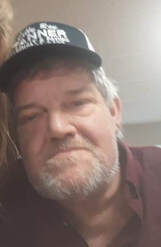 Services for Mr. Larry Raymond Pinkerton will be held Friday, October 2, 2020 at 11 AM in the Chapel of Higgs Funeral Home in Soperton.  Reverend Ray Wood will officiate.  Mr. Pinkerton died Monday, September 28, 2020 at his home in Lothair.

Larry was the son of the late Ray Pinkerton and Mallie Wood Pinkerton Needer.  He was born in Orlando, FL and moved to Georgia in 1978.  He was a former meat cutter at McLemore’s Abattoir in Vidalia and also was an employee of Farmers Furniture before he became disabled due to a car accident.  He loved to hunt, fish, spend time with his family and he was a member of the Mt. Vernon Pentecostal Church.  His older brother Gary and his grandparents, Walter Ray & Grace Fender Pinkerton and Birtie & Eschol Wood, all preceded him in death.

The family will receive friends at the funeral home beginning at 10 AM.
Proudly powered by Weebly