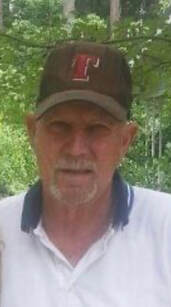 ​Funeral services for Mr. Ruel Alexander “Alex” Spivey will be held Tuesday, January 10th at 3 PM in the Chapel of Higgs Funeral Home in Soperton.  Burial will be at the family farm.  Reverend Gilbert Posey and Reverend Chad Cofield will officiate.  Mr. Spivey died Sunday, January 8, 2023.

Mr. Spivey, 80, was the son of the late Ruel Spivey and Lawannah Rowland Spivey.  He was born in Soperton GA on April 26, 1942 and was a 1962 graduate Treutlen High School. He retired as a lineman from Bell South in 2000 and went on to direct the Soperton Recreation Department for 17 years.  He was a veteran of the U.S. Army and a member of FBC Soperton.

Alex, or “Poppy”, enjoyed being at one of two places: home or the ball field.  Every day he woke up with a goal: to take care of the land that he and Sonja worked so hard for.

Having his babies, grandbabies and great grandbabies at home with him was one of his greatest joys.  Alex was a family man with core values that never wavered.  To know Alex was to know truth; “honesty was his policy”.  When asked by his grandchildren to name something he always wants them to know; he answered: “work hard and be honest”.  He measured hard work by how dirty and tired you were at the end of the day.  There were no naps around Poppy unless it was a “cat nap” after lunch “to let your food settle” because sleeping longer than him made you lazy.

Throughout Alex’s many years of coaching, he impacted many lives.  His “boys” thought the world of him and he loved each of them as his own.  Some may think he had coached little league “since God was a child”.

Visitation will be held from 6-8 PM Monday night at the funeral home.
Proudly powered by Weebly